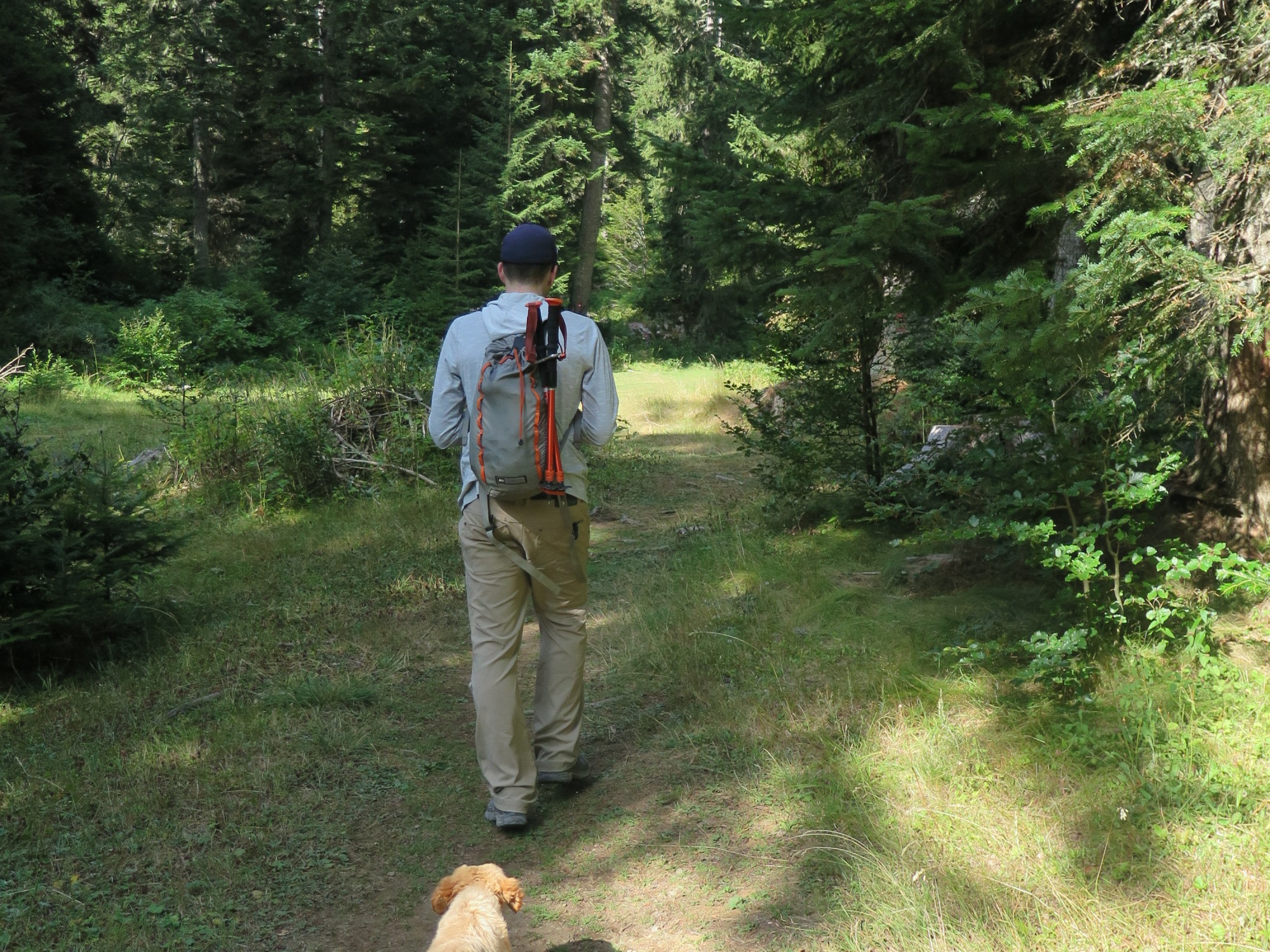 We had heard that the mountains of Montenegro are really beautiful we wanted to check them out. So, after our five days in Kotor, we continued our tour of the Balkans and headed north to Durmitor National Park. We stayed three nights in the nearby town of Zabljak—an old Soviet ski resort town—and spent our days exploring the natural spaces of the area. We did a nice, long hike in the national park one day where we got some amazing views of the surroundings and made a new friend: A golden retriever-looking puppy who just started following us along the trail; Martin said I couldn’t keep him. 😦 We also spent one afternoon walking to the nearby lake and wandering around it. Worried that our only food options would be bland goulash, we were pleasantly surprised to find a cute little restaurant in town that had a really really good braised lamb dish; we liked it so much that we went back the next night and tried some of their other fare (which wasn’t as good). 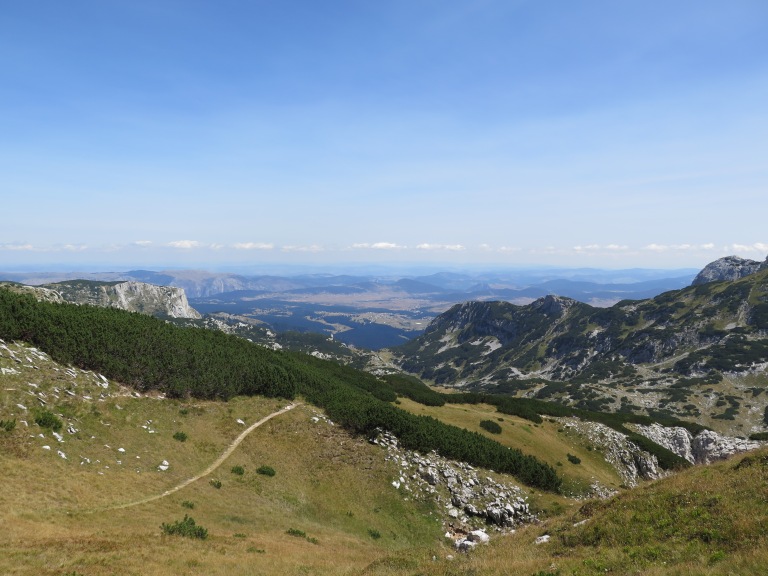 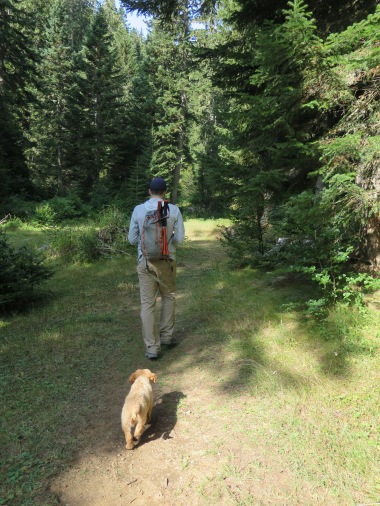 Zabljak and Durmitor were the first areas where we really felt the remains of the Soviet presence, with lots of identical little houses, boxy hotels that had been plopped down, funky old ski lifts made by brands with names like “Ski Lifts for the People.” 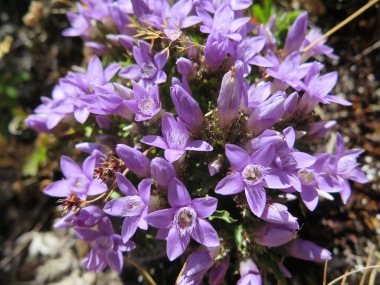 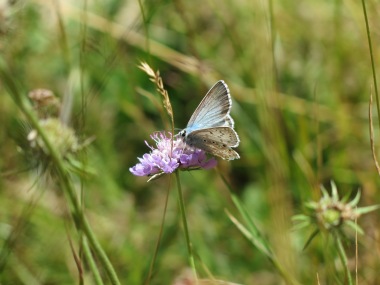 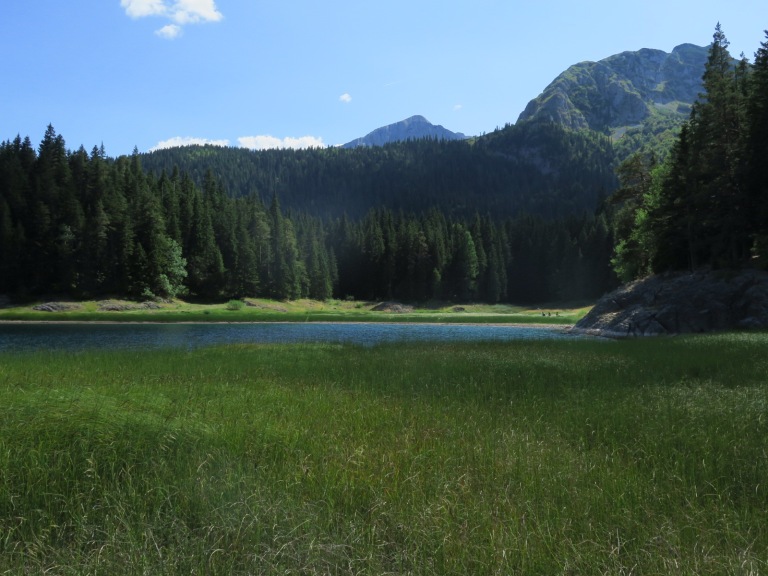 We got an early start on our last morning in Zabljak and headed towards the Tara River on the border of Montenegro and Bosnia and Hercegovina, where we had booked a white water rafting trip. The drive was quite striking and beautiful, but the air was full of smoke so that we could barely see anything in some places. We pulled up to a lovely little camp on the side of the river and they fed us a late breakfast and prepped us for the rafting adventure. I think it took most of Martin’s willpower to let someone else be the raft guide, and not try to jump in and do it all himself. 😉

The rafting wasn’t very long, and the water was low so there weren’t too many big rapids, but the scenery was beautiful and the water was crystal clear. We shared a boat with a French family and a British couple. Our guide was an early twenty-something Bosnian Serb who explained to us a bit about Bosnia and regaled us with stories of his “crazy Russian” customers.

One of the best parts of the day was when we stopped at a “bar” halfway through the afternoon to get refreshments. We had been told we could bring cash for the “bar” but we weren’t entirely sure what that meant, and were pretty excited when, lo and behold, there was an actual—albeit makeshift and cobbled together from random lumber—bar on the riverbank! The bar was actually on the Bosnian side of the river, so we technically crossed into the country illegally without our passports… We were not the only group there when we pulled our raft up to the shore: The whole riverside and hill was teeming with other raft guides and their customers. The main structure was long and porch-like, built on stilts on the hillside, and the actual bar was several tiers of carved-out logs, filled with all sorts of beverages, and with fresh spring water diverted to cascade over it and cool the drinks. We stopped for about an hour to enjoy some refreshments and explore the waterfalls of the tributary spring, and then got back on our way.

Once back at the camp, we were served a very yummy lunch of soup, salad, roasted trout, and dessert, and then Martin and I got back on the road and headed (legally) into Bosnia and Hercegovina.

Check out more photos from Durmitor and Zabljak here.

We waited through two more border checkpoints and finally made it into Bosnia after our day of rafting. This was actually one of the more dramatic border crossings we made because once we left Montenegro we could tell immediately that we had entered a different country since the roads were in complete disrepair, there were signs warning about land mines, and there were many bullet holes in the buildings we saw. 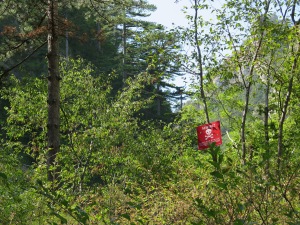 We had booked a room at pretty much the only hotel in the little town of Foča, and had a simple dinner (although the owner’s brother brewed his own beer which was surprisingly tasty!) and an uneventful evening there. Martin had tried to look up any possible activities in the area but the only search results that came up were lists of the atrocious war crimes that had been committed in the area. So, we just headed out of town after breakfast… 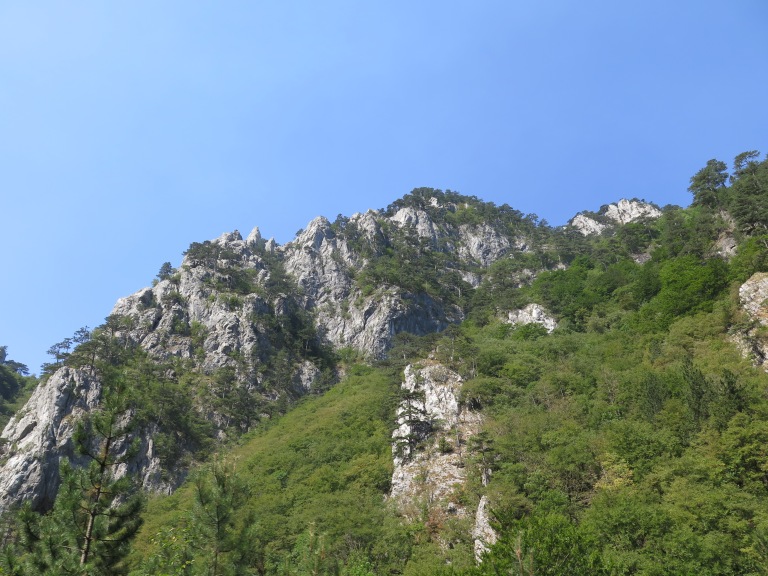 The drive through the mountains from Foča to Mostar was actually really pretty, until we came upon a giant Soviet war memorial–commemorating the Partisan fighters from WWII–which was a bit surreal and severe… 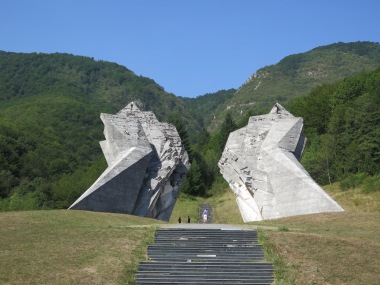 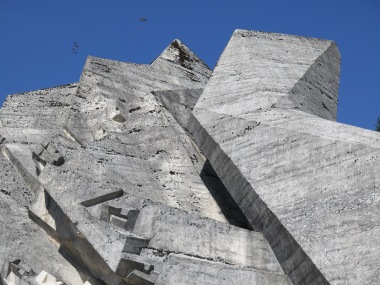 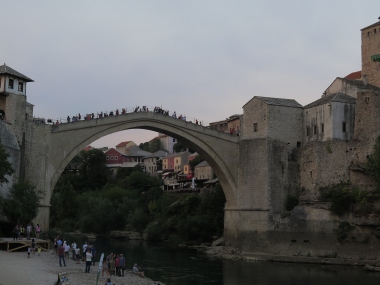 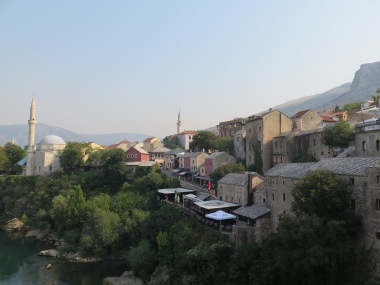 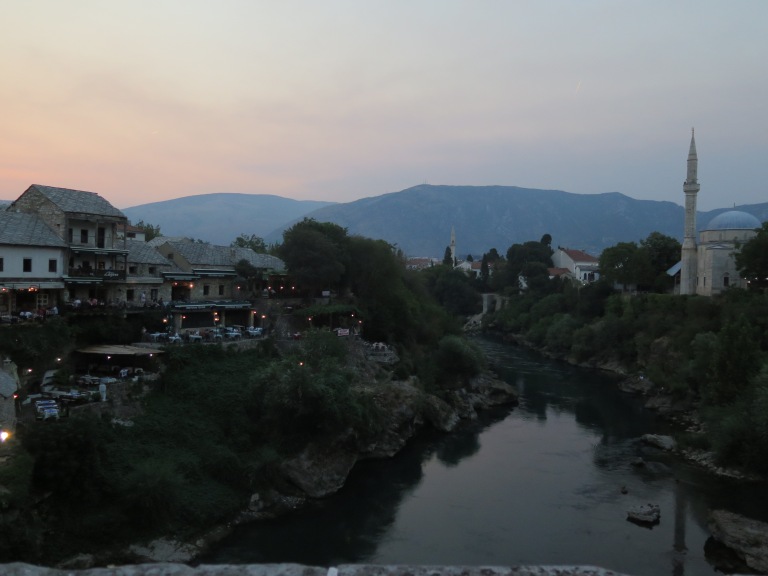 For about $30 per night we found a really really cute little apartment in Mostar, Bosnia and Hercegovina, recently redone and completely outfitted from the nice part of IKEA. We explored the old town of Mostar and found it quite interesting and a little charming. It is an old Ottoman city with a beautiful bridge that was actually destroyed (by a Croatian tank) and then reconstructed to its former glory. 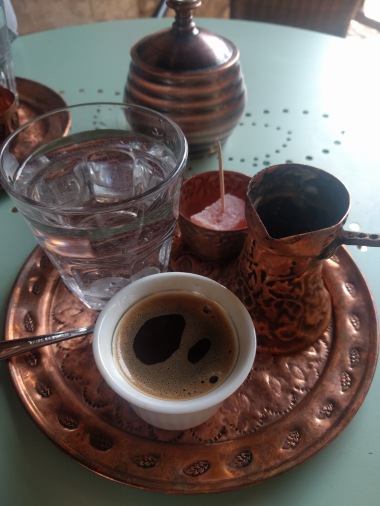 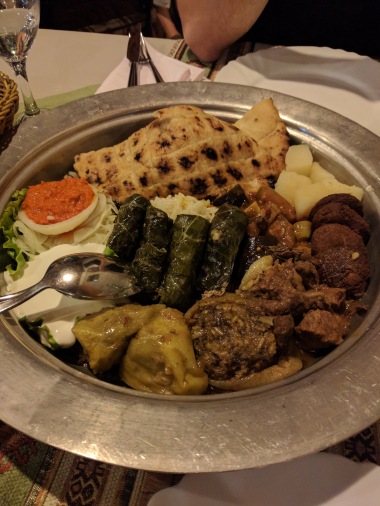 The city was an interesting mix of very touristy with lots of kitschy shops in the old town, and very utilitarian buildings with bullet marks in the rest of town. The highlights of Mostar were a demonstration on how to drink Bosnian (aka Turkish) coffee and the “national platter” for dinner which consisted of about ten different kinds of meat. 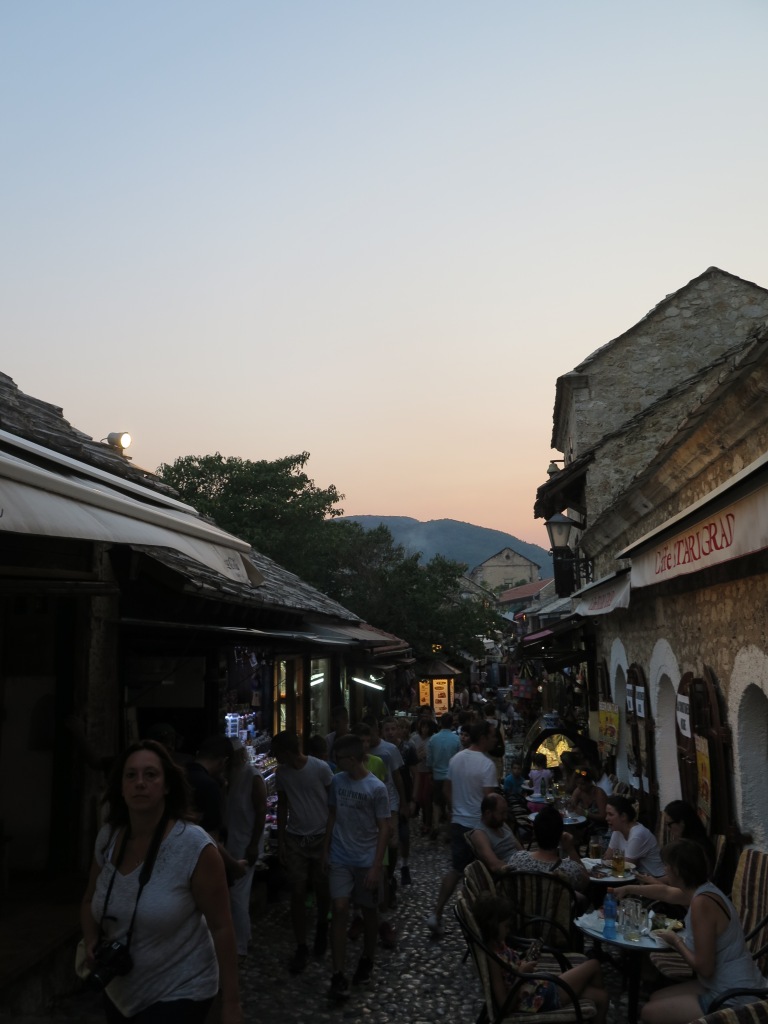 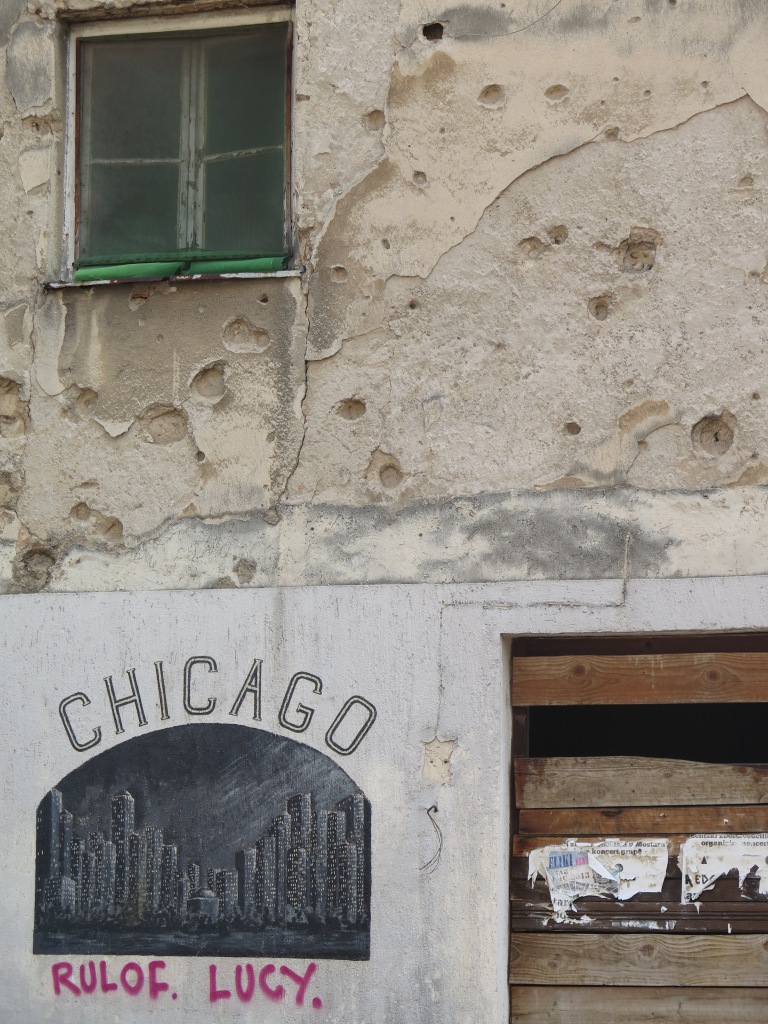 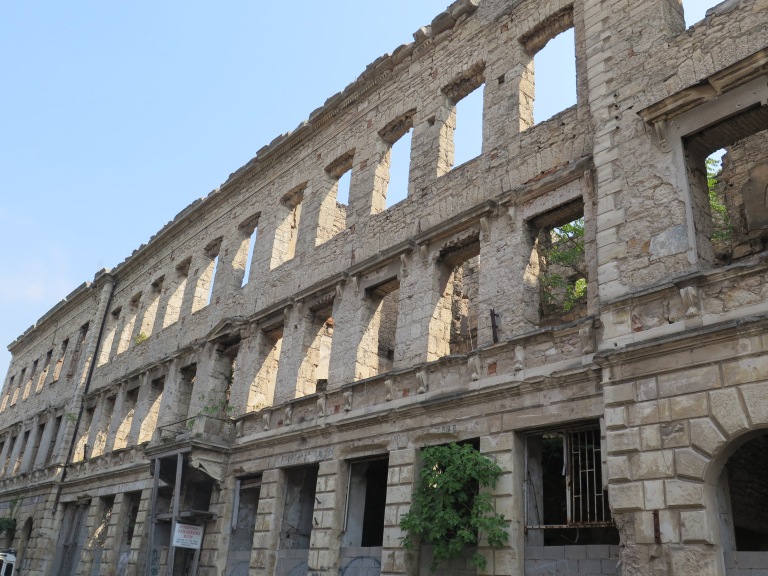 🎵It’s the most wonderful time of the year...🎶 🎄⛄️❄️🎁
Happy Halloween from the Watinuccis!!! 👻🎃🍁🖤 Thanks to @jillmartinucci and @cwatersdesign for the amazing photos 🤣
Can’t believe it’s already/only been 4 years since this happy day!! 🥰🍾 Thank you again to all our family and friends for celebrating that day with us! Love you, Martin 😘 And of course @love_adventurously for the beautiful photos!
Some favorites from Dad’s 75th birthday party last weekend!!! #toomuchfood #stillrecovering #stilleatingleftovers
Finally have red tomatoes!
More photos from this weekend, including matching suits 🤣