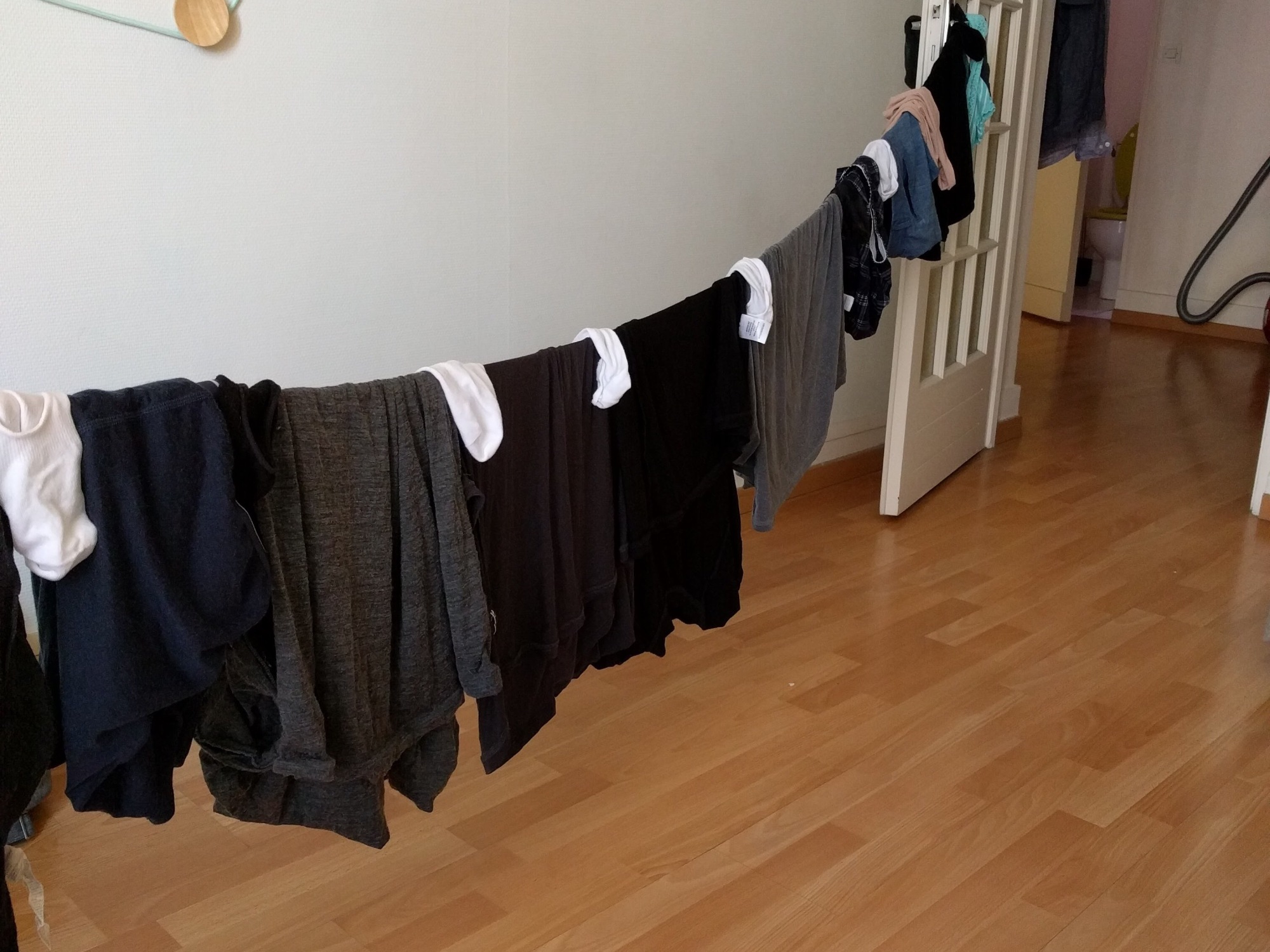 Well, we’ve finished our Alpine adventure and in 24 hours went from being at 3800m and above glaciers to sea-level and unrelenting sun. We’re in Montenegro now, after spending some time in Croatia (two nights in Split, an afternoon in Dubrovnik, and two nights in Cavtat). We’ve been in five countries in less than a week (Switzerland to France by train, France to Croatia by plane, Croatia through Bosnia and Hercegovina and back into Croatia again by car, Croatia to Montenegro by car) which might be our fastest travel yet so we are ready for a slower pace for the next few weeks.

We’ve been traveling now for 3.5 months and while I still have a lot of writing to catch up on, I thought this might be a good time for some reflection.

Martin and I were both remarking the other day how we’ve gotten very good at adapting to our changing surroundings. Surprisingly, I haven’t really felt like we are “homeless” or that nomadic living has been a burden. Three things that have certainly contributed are routine, familiarity, and saying “home.” 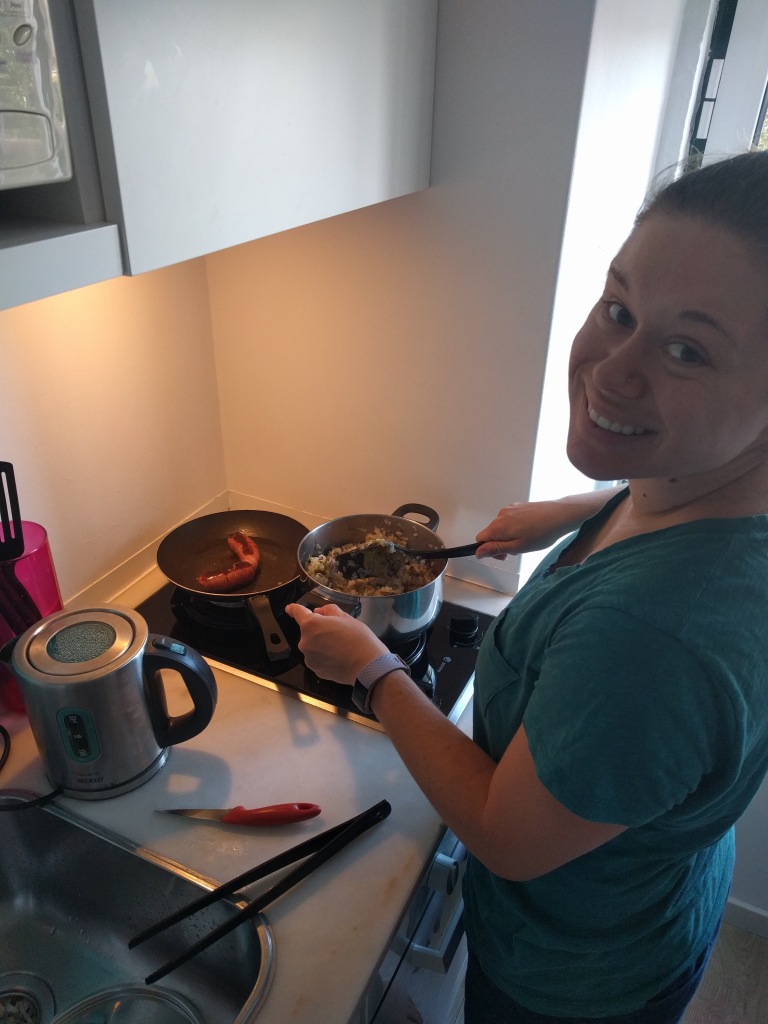 Routine: I am a creature of habit and generally don’t do well with constant change, so I am certainly (pleasantly!) surprised that this experience hasn’t left me feeling untethered and lost. Even though we may be in a new place every week or every few days, we’ve been able to establish a pretty solid routine.

Once we’ve checked into our accommodations the first thing we do is scope out the kitchen and locate the closest grocery store. We find our way to the grocery store and at least get breakfast and snack staples, perhaps ingredients for a dinner or two. At this point in our travels we have a pretty set shopping list and it’s easy to split up in the store and get everything we need without too much guess-work. Although, I usually get distracted by all the interesting ingredients, treats, and snacks. 🙂 We try to make dinner at least a few times a week. We usually have a place with a washing machine for washing our limited supply of clothes, and if we are in one place for more than a few nights I try to tidy up, sweep the floor, wash the towels, etc. It’s been amazing how these simple acts, which could be onerous or boring for me at home, have become more exciting and have helped me feel more rooted even when we are flitting about. 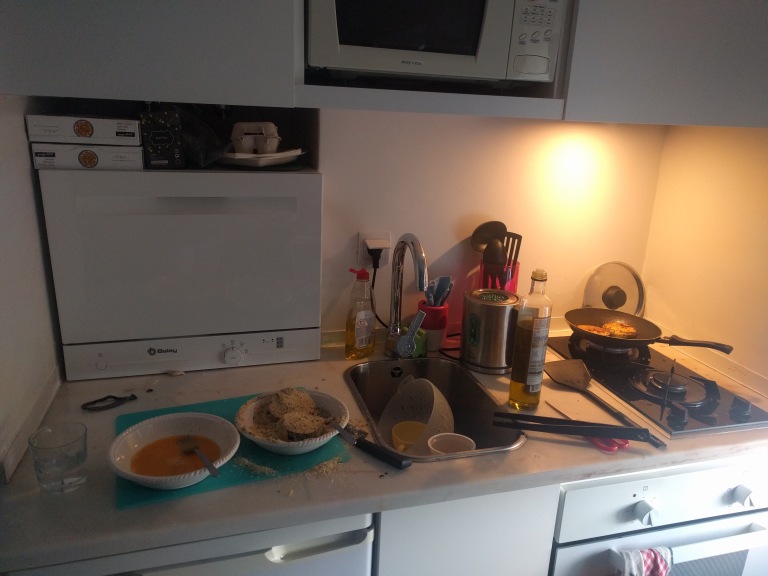 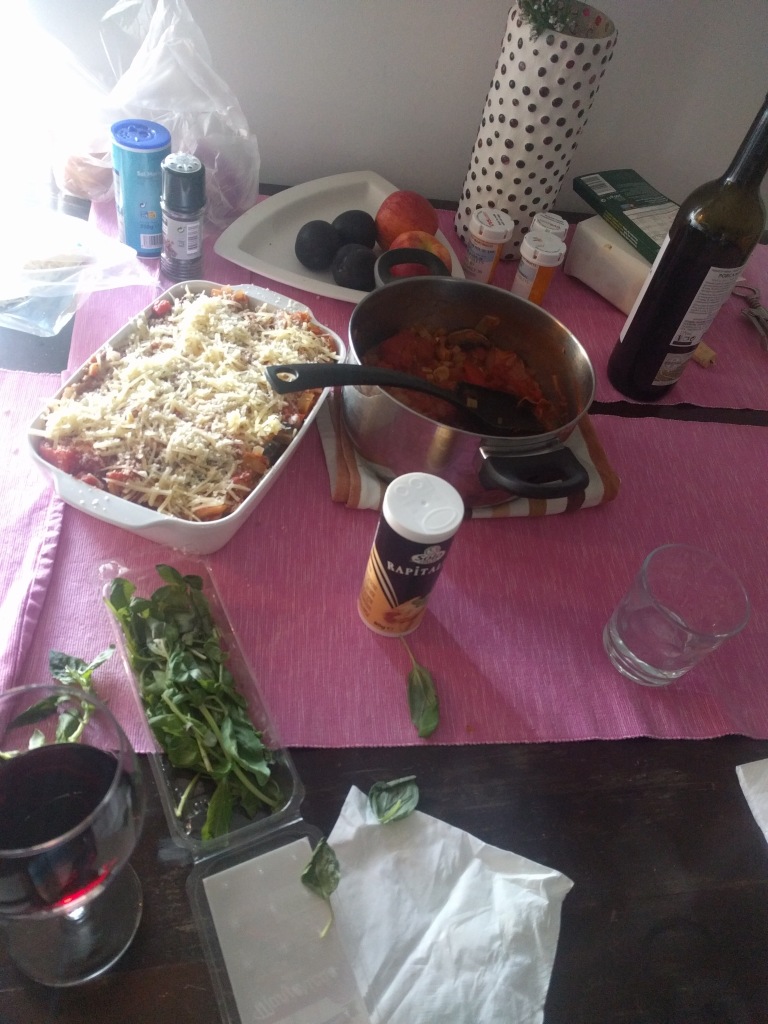 Familiarity: It seems counterintuitive or counterproductive to try to find familiarity in a strange place, but finding even the smallest similarities to home or to previous places has given some semblance of continuity to our travels. Mostly, the similarities can all be purchased from IKEA. It’s no surprise that people the world-over are furnishing their vacation rentals with inexpensive furniture and utensils from IKEA, but it’s still kind of exciting to open the cupboards in an apartment on another continent and see that they have the exact same dishes that we had in San Francisco. We also encounter things that remind us of experiences we have had previously on this trip. Like, finding the same IKEA cooking utensil five-pack, or the same IKEA sheets in different countries; the weird stove hood vent that we couldn’t figure out in Brussels but that shows up in Spain and Portugal; and space-saving trivection ovens (thanks, Jack Donaghy!) in the little tiny apartments. After getting sick of using dull knives, we even bought our own chef’s knife while we were in Paris (we love those Kuhn Rikon ones because they are sharp and come with protective sleeves which make them ideal for traveling), so we know we can at least make simple dinners no matter what else is in the kitchen. And due to centuries of the Roman Empire and then European colonization, we’ve found threads of familiarity in each of the languages, cultures, cuisines, and history of the places we visit. These little bits of recognition and continuity have gone a long way in helping me feel more like I have a home while we are on the move. 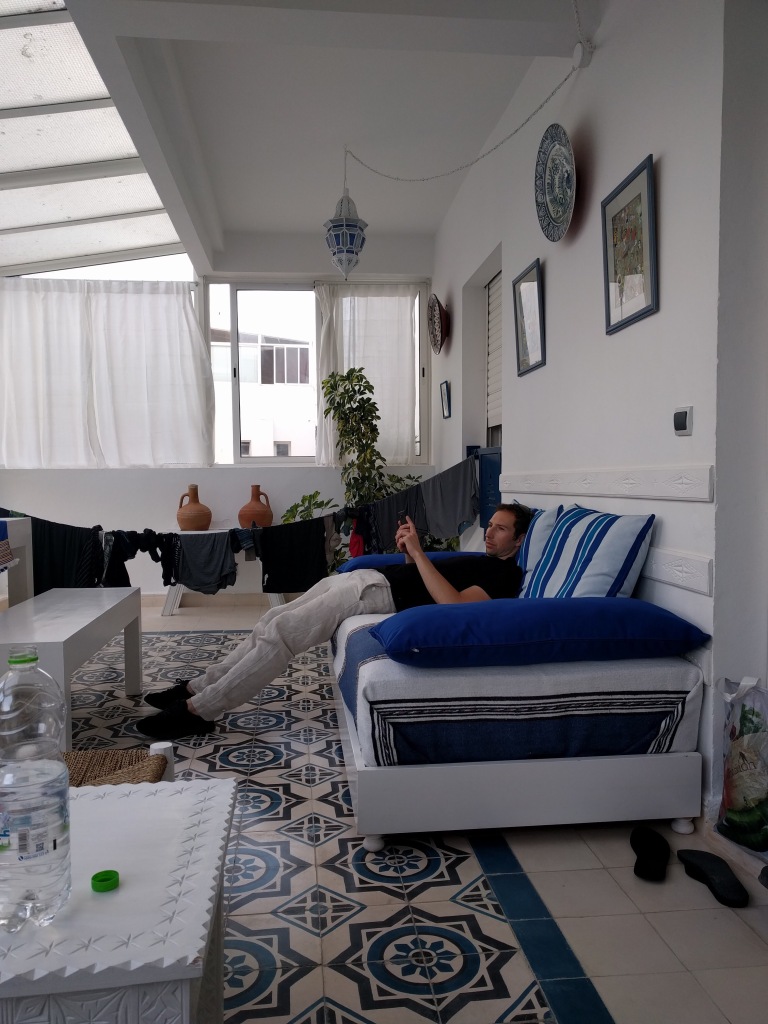 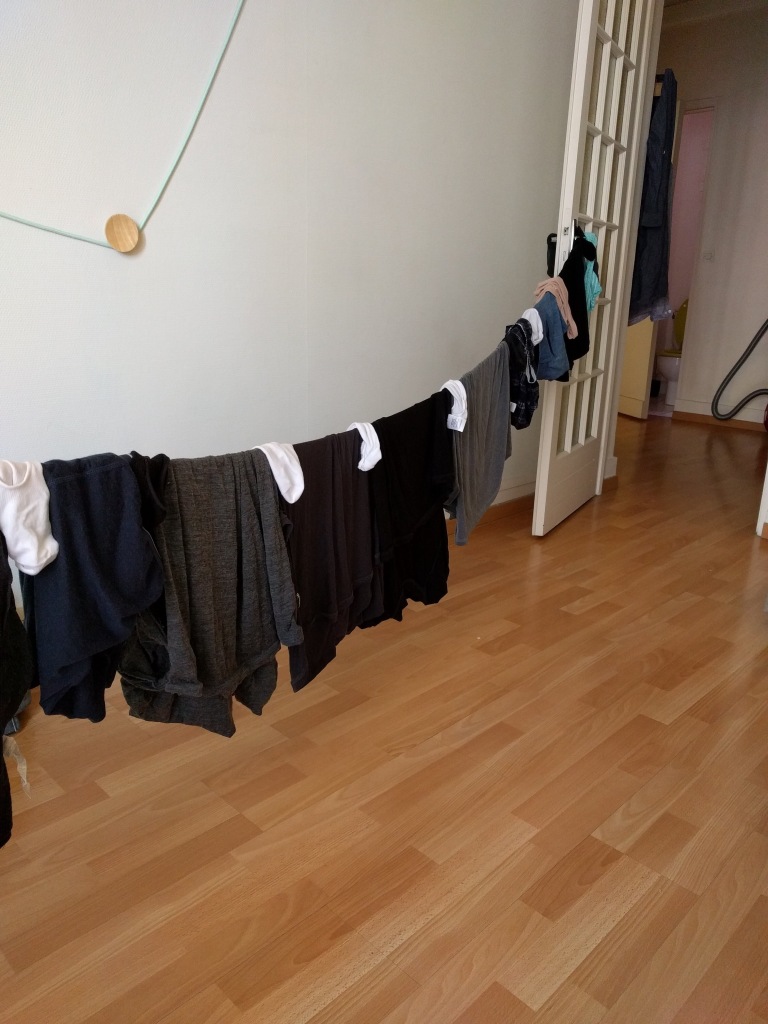 “Home”: Speaking of feeling at home… We’ve been staying mostly in Airbnbs which means that we have our own place with a kitchen, washing machine, and living space; often these are even other peoples’ homes which makes them feel nested- and lived-in even though we weren’t the ones doing the nesting. I found myself unconsciously referring to wherever we are staying as “home,” as in, “Let’s go home before we go to dinner.” “Home” is a place we all refer to so often that it can feel a little unsettling when all of a sudden you don’t have that anchor anymore. Of course, more generally Martin and I still refer to California and the Bay Area as our home home, but more immediately every new place we stay in becomes our temporary home. We both started doing this without realizing it and then it donned us separately about a month or so into our journeys that we had been doing it unconsciously. I think I’ve learned that “home” can be a feeling as much as a place, that that feeling doesn’t have to be place-dependent, and that even just saying the word aloud helps to make it true.

I’ve only felt homesick three times on our trip so far: Once on our very first night in Dublin when the full realization of what we were embarking on hit me. Once on my thirtieth birthday when I wished that we could be celebrating/commiserating with more of our family and friends (don’t worry, I got over it and still had a good birthday! 😊). And once when we were in Spain and all of the little Spanish abuelas reminded me of my Italian Nonna who passed away in 2010.

Of course, we do miss our home home, our families, our friends. We’re bummed that we couldn’t attend weddings, births, birthdays, dinners, gatherings, goodbyes, the solar eclipse. We’ve missed the connection and support of our loved ones, and we’ve felt helpless and too-far removed from difficult times at home. But I have been surprised that I haven’t been feeling more of those acute feelings of homesickness that I would expect. We sometimes think hypothetically about how long we could, or would like, to keep up this traveling and nomadic living—one year? Two years? Indefinitely?—but we know that ultimately we need one place that is our permanent home and that is only ours.

3 thoughts on “Reflections on traveling”