After our stay in Dublin, we headed back to the airport to pick up our rental car, and then our real Irish adventure began.

Martin had driven on the left side of the road before when we were in New Zealand, but this time we opted for a car with a manual transmission because it was cheaper than an automatic. So, not only does Martin get to drive on the left side of the road, he also gets to shift with his left hand! He actually has settled into it quite well (at least from my seat, looking out the window…he might feel differently from his perspective with the oncoming traffic…) after the first day.

After picking up our rental car we headed towards the M6 to drive west across the country to Galway. Our friends Matt and Kelley are living there for the next year or so. They are another reason we wanted to start our trip in Ireland, especially since they promised we could stay with them. ☺️

Nothing too exciting from our day getting to Galway from Dublin. The M6 is a pretty major freeway so we were mostly driving past fields of grass with stone fences—our first taste of Irish scenery. We definitely did not spend most of the car ride yelling at each other about directions and navigation… But! we got to Galway in the afternoon in one piece and by the time we found Matt and Kelley’s apartment we were talking to each other again. 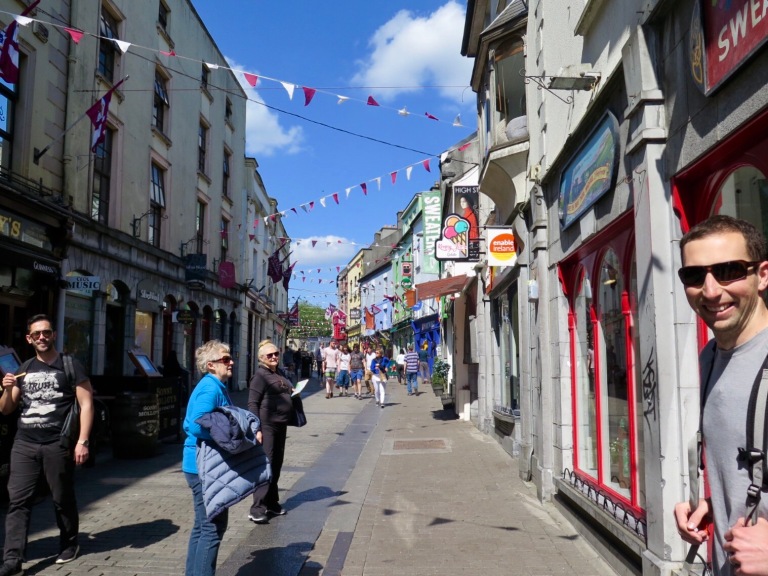 Matt and Kelley are living right in Galway’s town center with lots of restaurants and pubs within easy walking distance, and the ocean just down the street. Kelley met us at the door when we arrived and then we went to a pub to catch up over a pint. Matt and Kelley are friends of Martin’s from college; they used to live in San Jose but they were living in Tel Aviv last year and now they are here, so we haven’t been seen them much recently.

We arrived in Galway on Cinco de Mayo so we decided to stay in and make tacos for dinner. They didn’t have some of the exact ingredients that we were looking for (no corn tortillas, salsa, pork butt, or queso fresco), but they did have limes and avocados so we made do and had a yummy “Mexican” dinner together. My friend Moabi came from Dublin to join us for the weekend since he hadn’t been to that area of the country yet, so he was also there for our Cinco de Mayo celebration. It was fun to have our two college lives combine like that!

Saturday morning we decided to drive out west a bit to see the sights out that-a-way. A HUGE thanks to Matt for doing all the driving and expertly navigating the narrow roads for the whole day!

We followed part of the Wild Atlantic Way towards Connemara National Park to visit Kylemore Abbey (formerly Kylemore Castle). The castle, along with its gardens and small neo-gothic church, were built in the 1860s by an Englishman and his wife who (understandably!) fell in love with the area while on vacation and decided to move there. The property changed hands several times, and underwent several series of destruction and renovation, but since the 1920s it has been a Benedictine monastery. 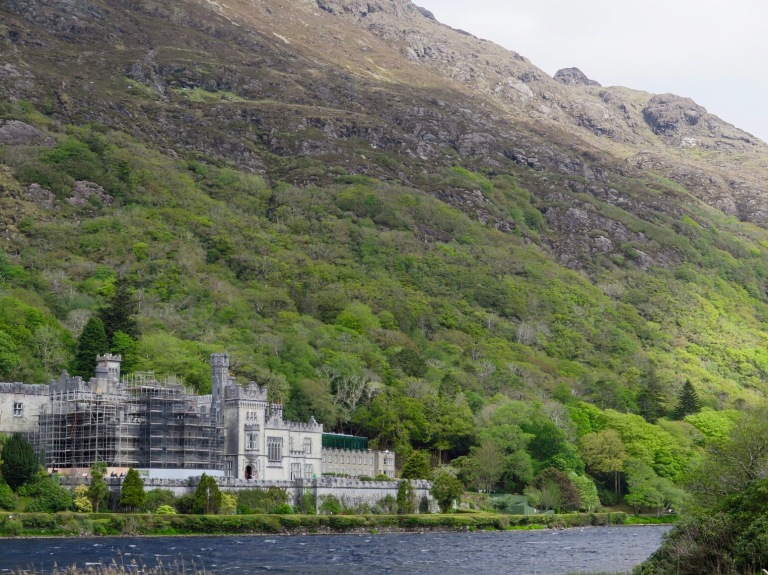 The abbey itself is quite beautiful, especially as viewed from across the lake where you can see it nestled at the base of a mountain and surrounded by trees. We also explored the mini cathedral, and spent a long while meandering through the beautiful walled Victorian gardens. We managed to be visiting right when all of the flowers were in full bloom, and it was a sunny (but chilly) day, so it was especially pretty to walk around. 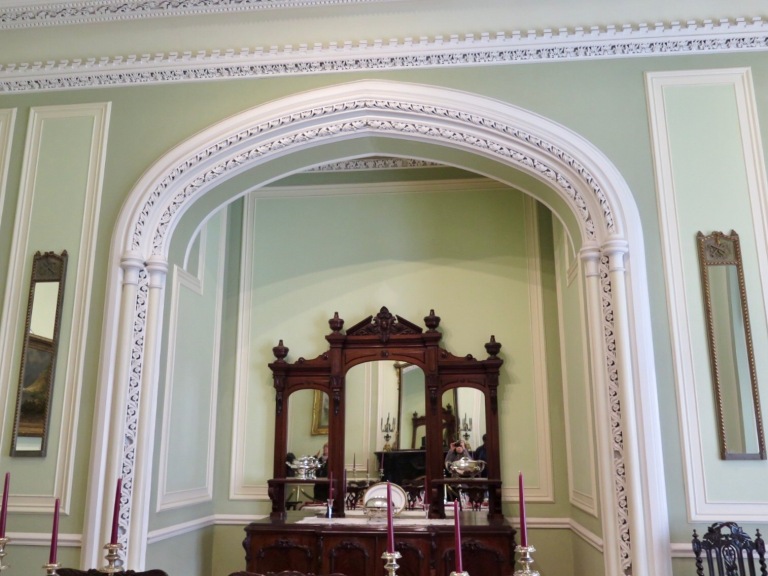 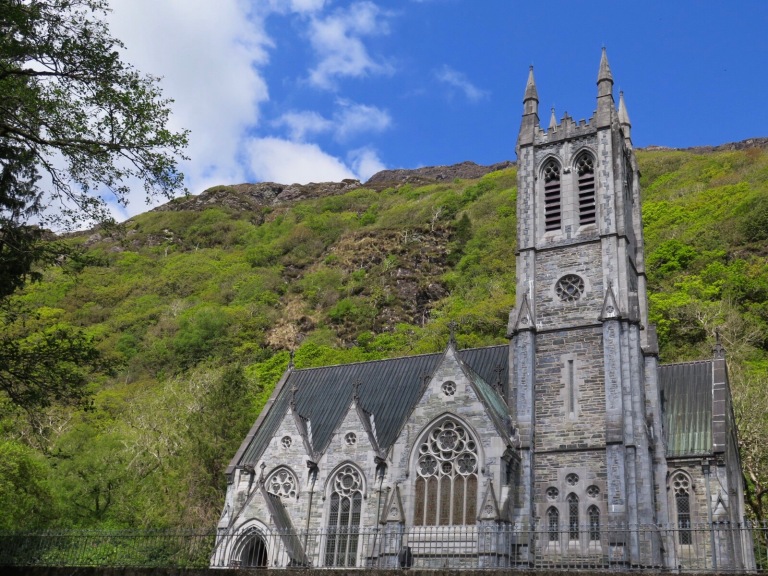 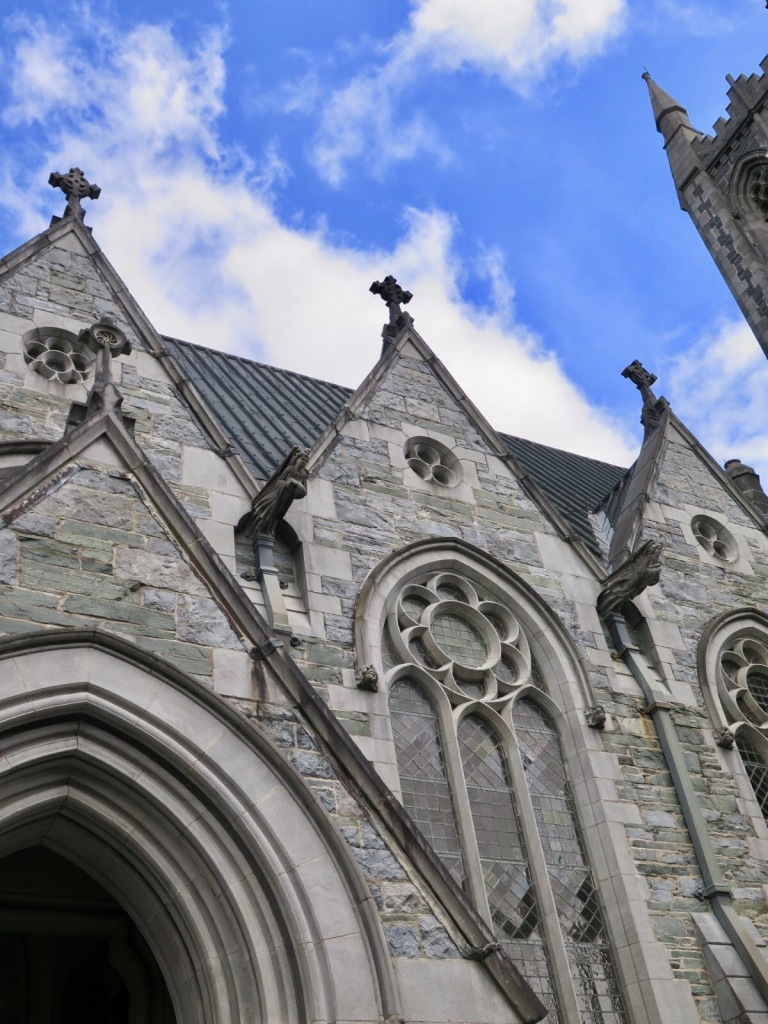 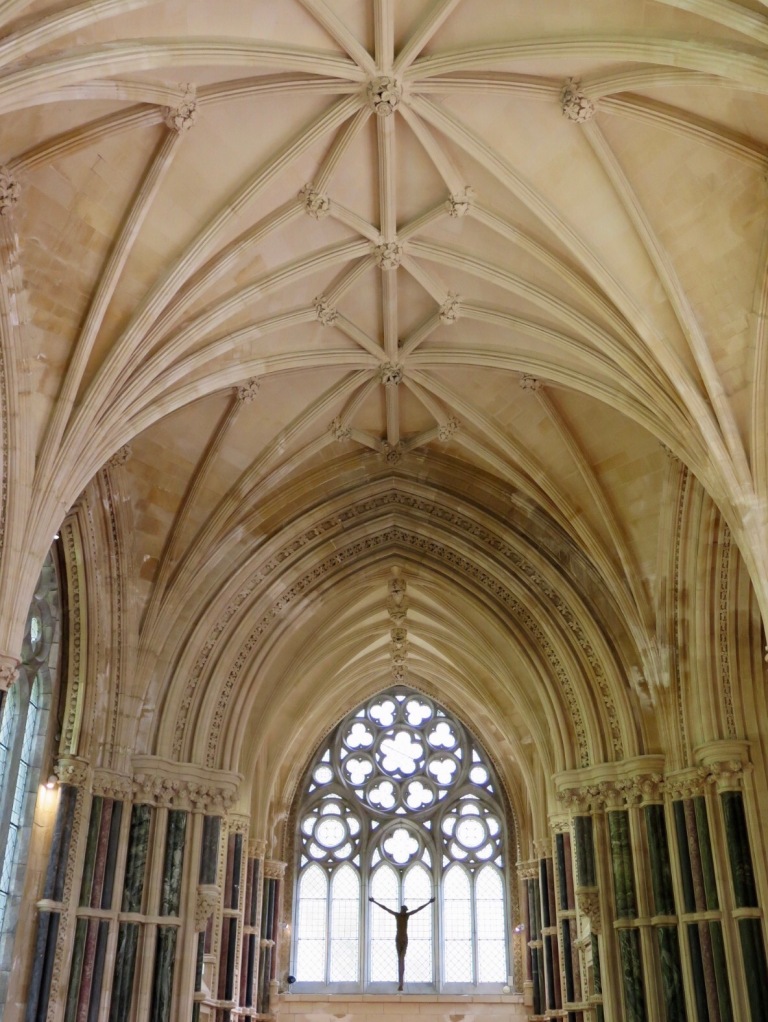 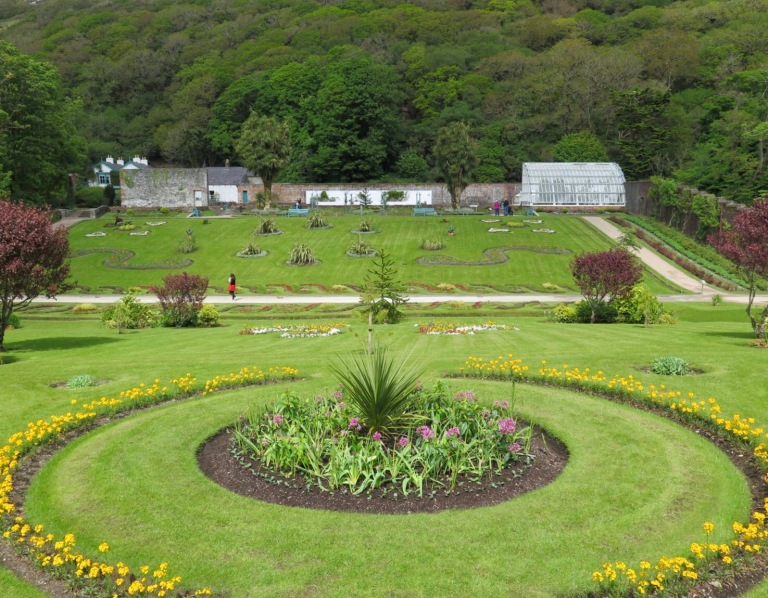 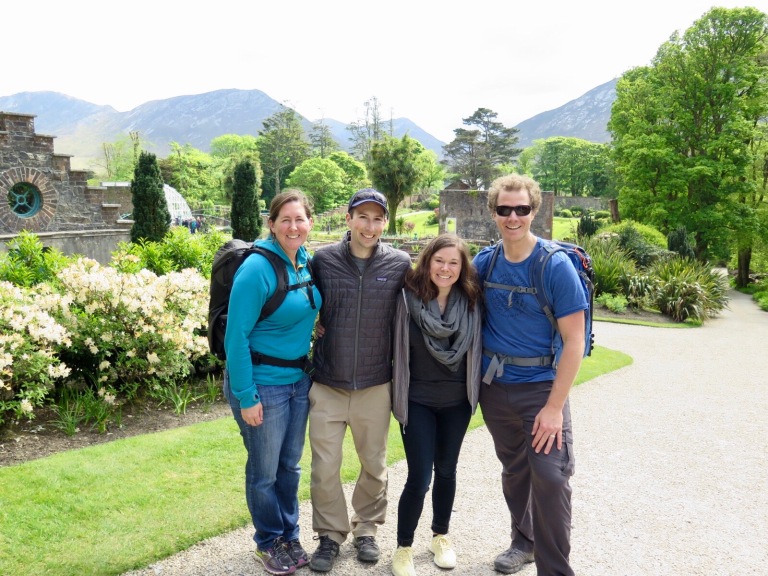 After the Abbey, we piled back in the car and headed towards Clifden to see a ruined castle. (Side note: There are ruined castles and manor houses all over Ireland! We have seen too many to count and Martin won’t let me stop to look at any more of them.) 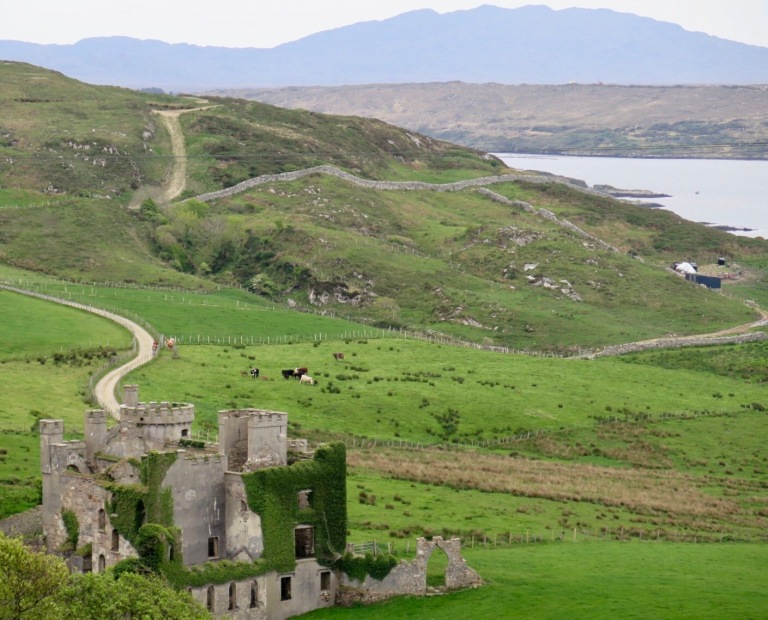 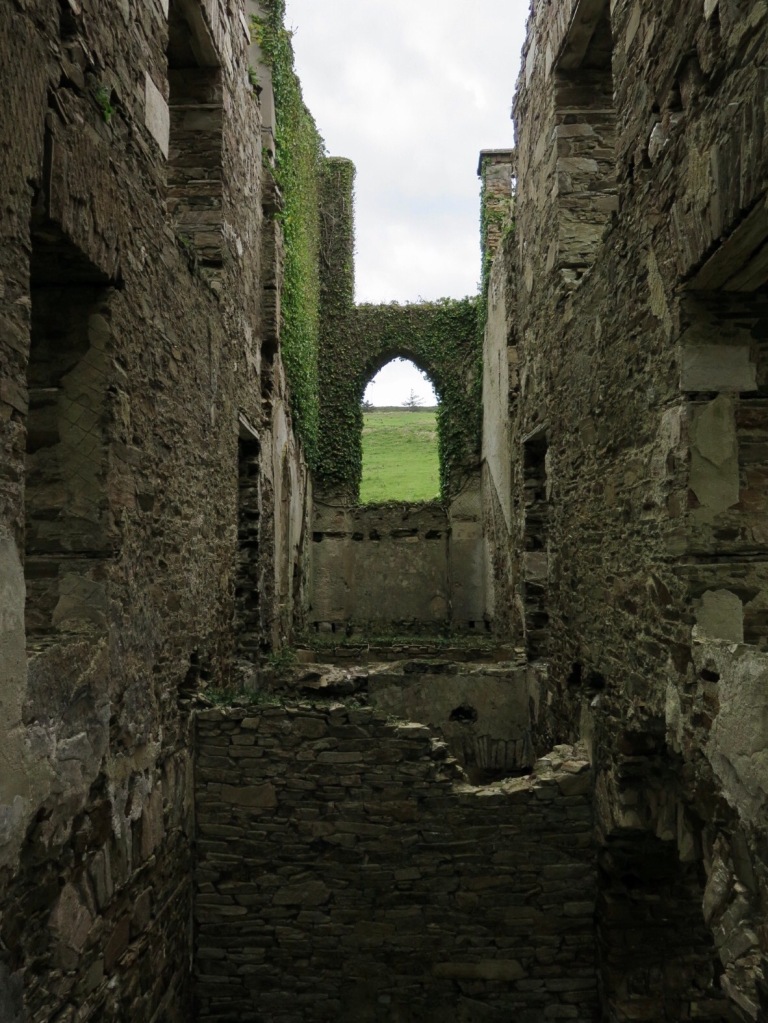 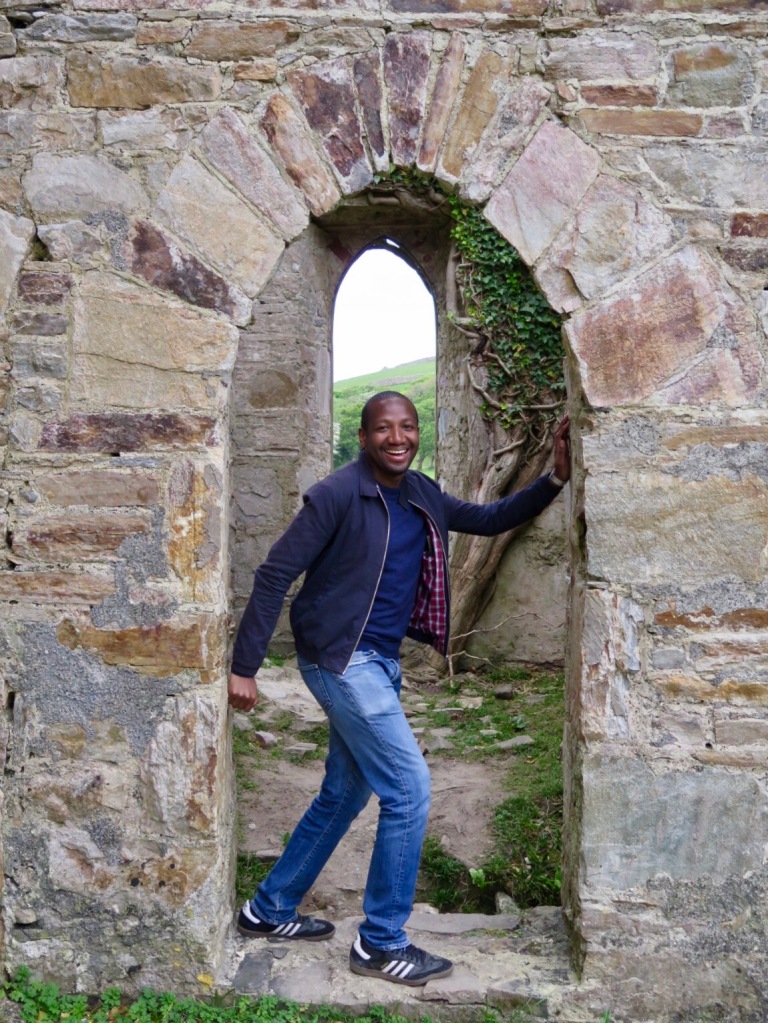 Our drive was through some very cute, small coastal towns, as well some incredible rocky terrain with small houses dotting the landscape. I think the ratio of people to pubs in Irish towns must be 2:1 because there are SO MANY PUBS!!! It’s definitely part of the Irish culture and way of life, and we have been gladly partaking. 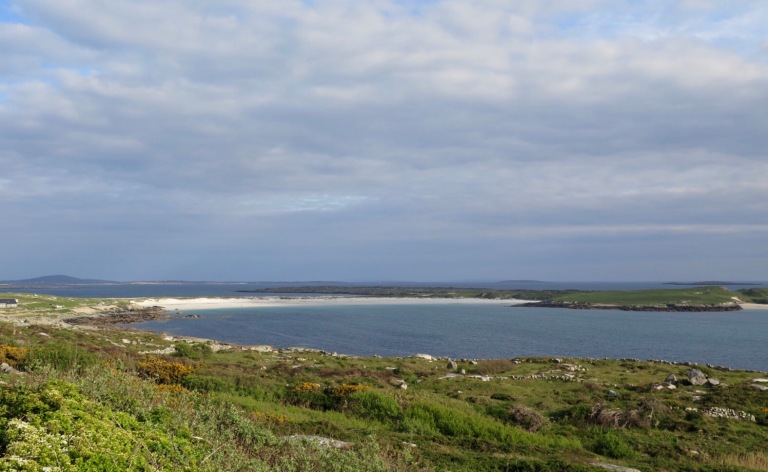 After a long day of driving and taking photos, we headed back to Galway for the evening. There was supposed to be a street music festival that night, so we went to check it out after dinner. It ended up being only one band playing—the Galway Street Band—but they still drew a large crowd! The “band” is really just a collection of musicians and buskers who just sometimes play together. There were about 15 people playing at any given time; there seemed to be some kind of organization and they took turns singing songs, but everything kind of sounded the same (it wasn’t traditional music (or “trad” music), just lots of covers of mostly American songs). It was definitely an experience, but they did sound good and we at least had a good time people-watching.

You can take a look at more of our photos from Galway, Kylemore, and Clifden.

And then on Sunday, four of us headed out on an island adventure!

3 thoughts on “Galway, Kylemore, and Clifden”