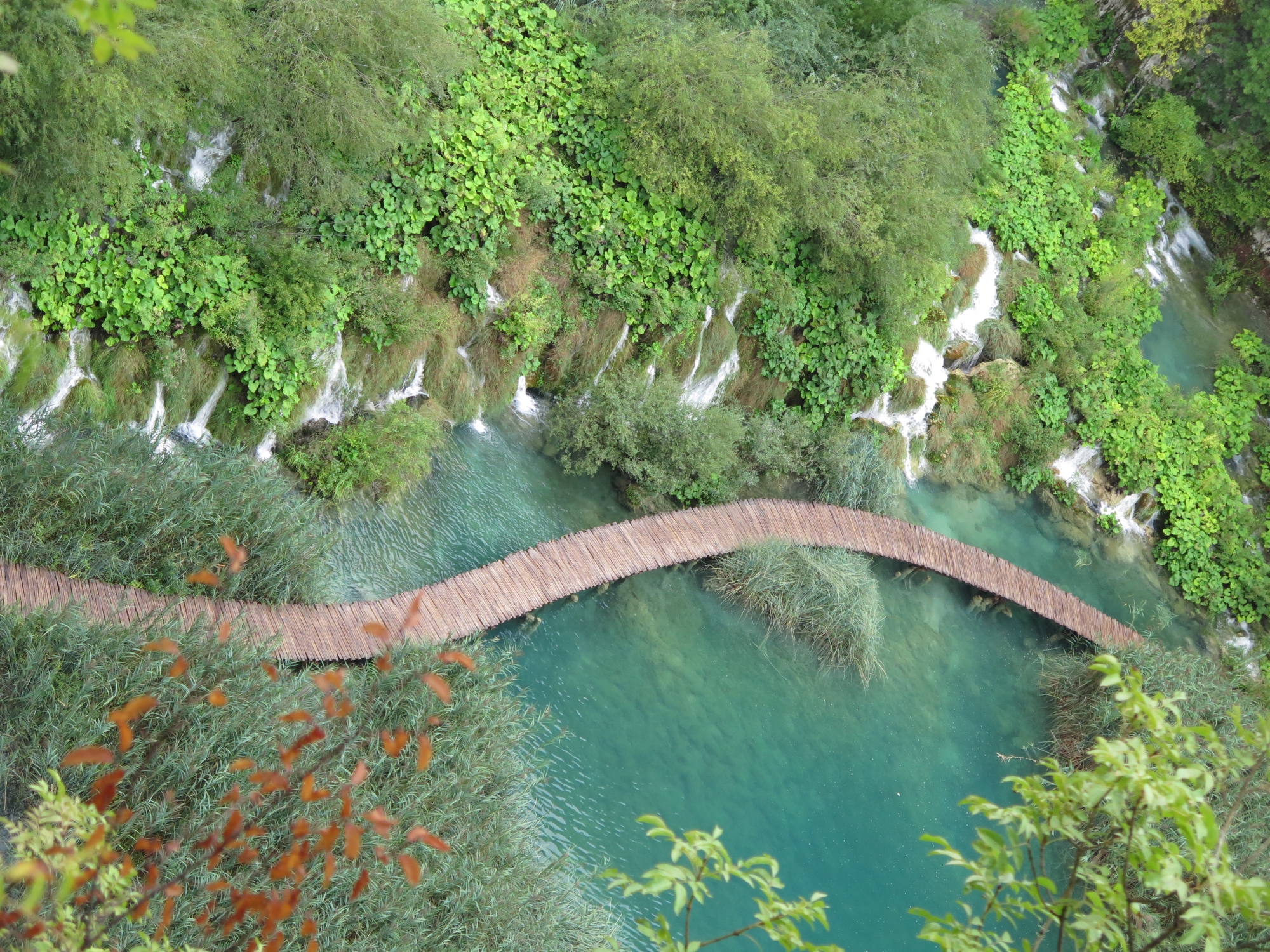 We headed back to Split and spent a quick night in town before jumping on a ferry out to the island of Vis. We spent an incredibly relaxing eight nights on the quiet island, filling our days with swimming in the crystal water, renting a scooter and touring the island, hiking between the islands two towns, more swimming, and soaking up the lovely scenery. We went to the local outdoor cinema one night and saw War for the Planet of the Apes which was in English with Croatian subtitles; it was worth it more for the experience than for the movie itself, especially since the apes’ sign language (which is subtitled in English in the American version) was subtitled in Croatian so we only understood about 50% of the movie. 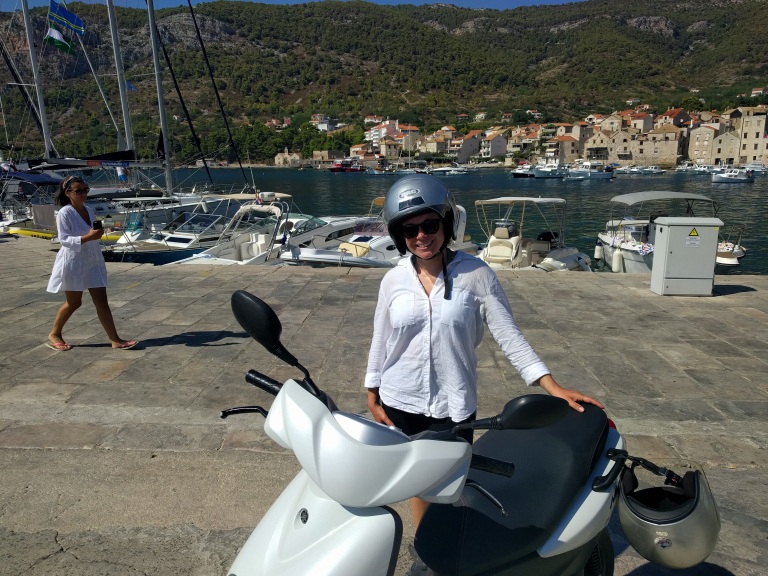 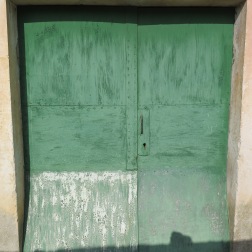 We also had some memorable meals on the island—fresh whole fish and squid, lamb peka with the most amazing potatoes we’ve ever had—but otherwise Vis was special and interesting because it wasn’t a big tourist center and we could just enjoy some quiet time and the beautiful scenery. 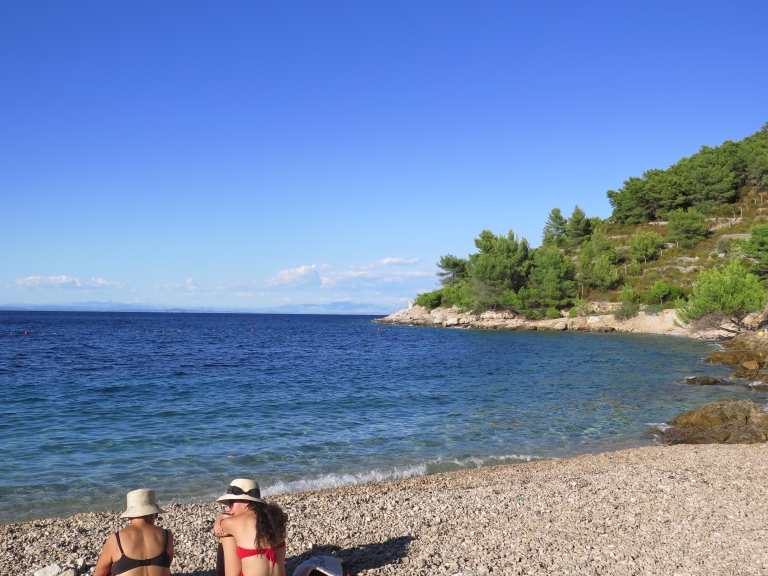 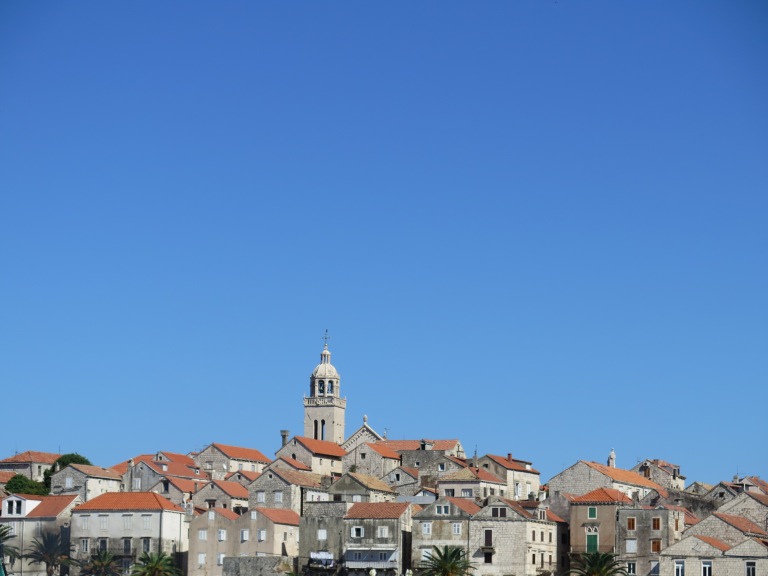 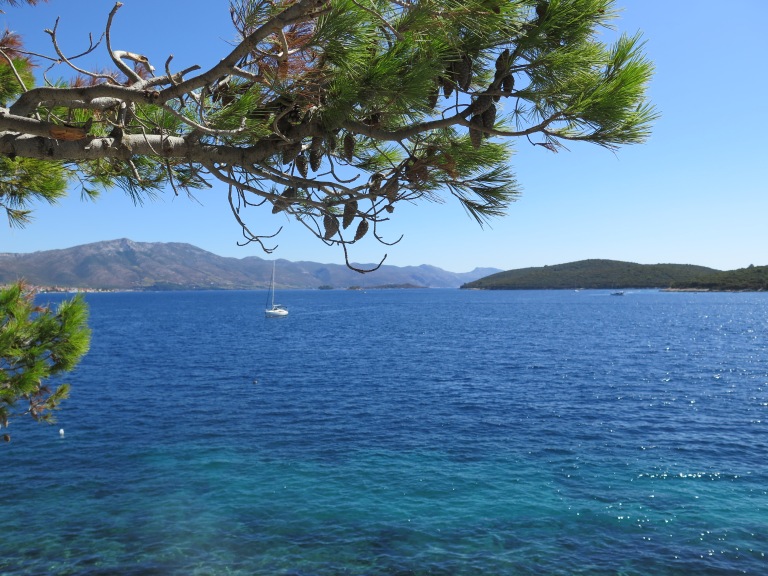 We took a series of ferries to get to the island of Korčula, a bit further towards the mainland than Vis. The town of Korčula is also known as “little Dubrovnik” and it does feel like that, with its location on the water and its tall fortified walls.

We tried to go on a bike ride one day but ended up getting caught in a rainstorm about fifteen minutes into our ride. We had stopped in a neighborhood to take cover under a tree when a woman poked her head out of her front door and motioned for us to go hang out under the awning in her driveway which was much appreciated; after half-an-hour of trying to wait out the storm, she even invited us in for a cup of tea, but we had decided to get going on our way.

Martin and I spent two nights there on our own before we met up with my parents, my brother and his girlfriend, who had been on their own Croatian adventure. It was really great to see some familiar faces again after so long apart, and we had a nice time exploring the little town and stuffing ourselves at rural restaurants.

We only spent two nights on Korčula with my family before we went our separate ways again: We went north to Plitvice Lakes, and they continued south on their tour of Croatia. On our way to the national park, we drove through some of the craziest rain and thunder that I have ever seen! It was quite exciting and ensured that the waterfalls in the national park were running by the time we got there. We spent a damp day wandering around the Plitvice Lakes, which are incredibly blue and beautiful, with boardwalks through the marshes and reeds. The lakes are a series of pools that are formed by tufa structures that then cascade down into the next; a really unique and amazing landscape. There was a brief break in the rain so we were able to run back into the park to take some photos. At least the rain kept a lot of people away! 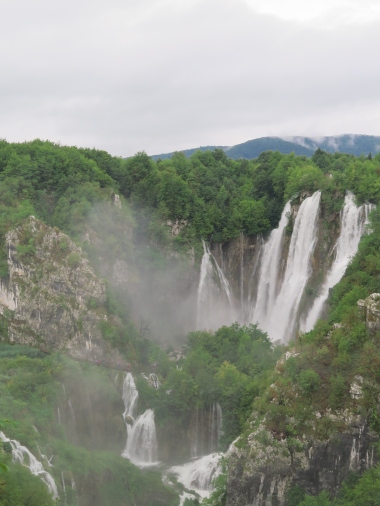 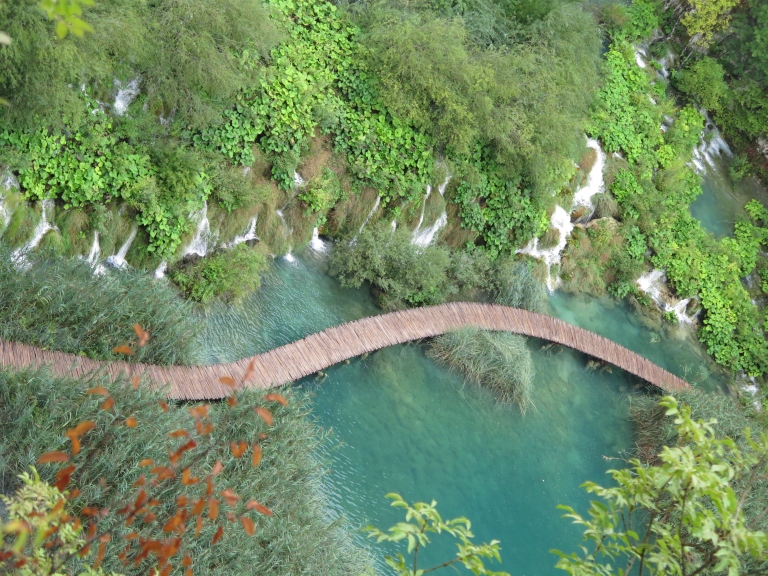 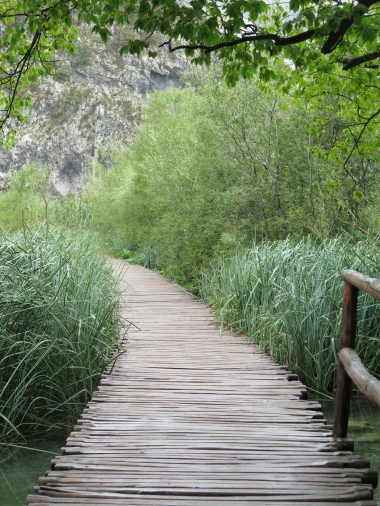 On our way from Plitvice we stopped for a walk around the adorable little town of Rastoke. An old mill town, the homes are all built above the river, with water wheels everywhere. It was an idyllic town that looks like it came straight out of a fairytale! 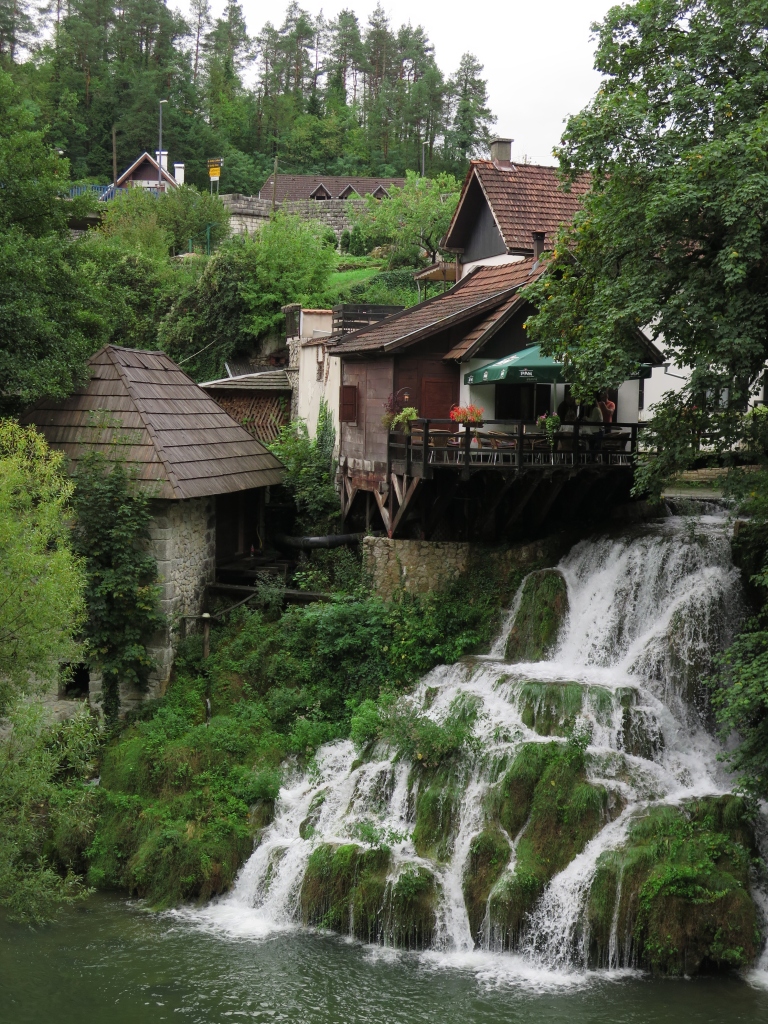 Check out more photos from Plitvice and Rastoke here. 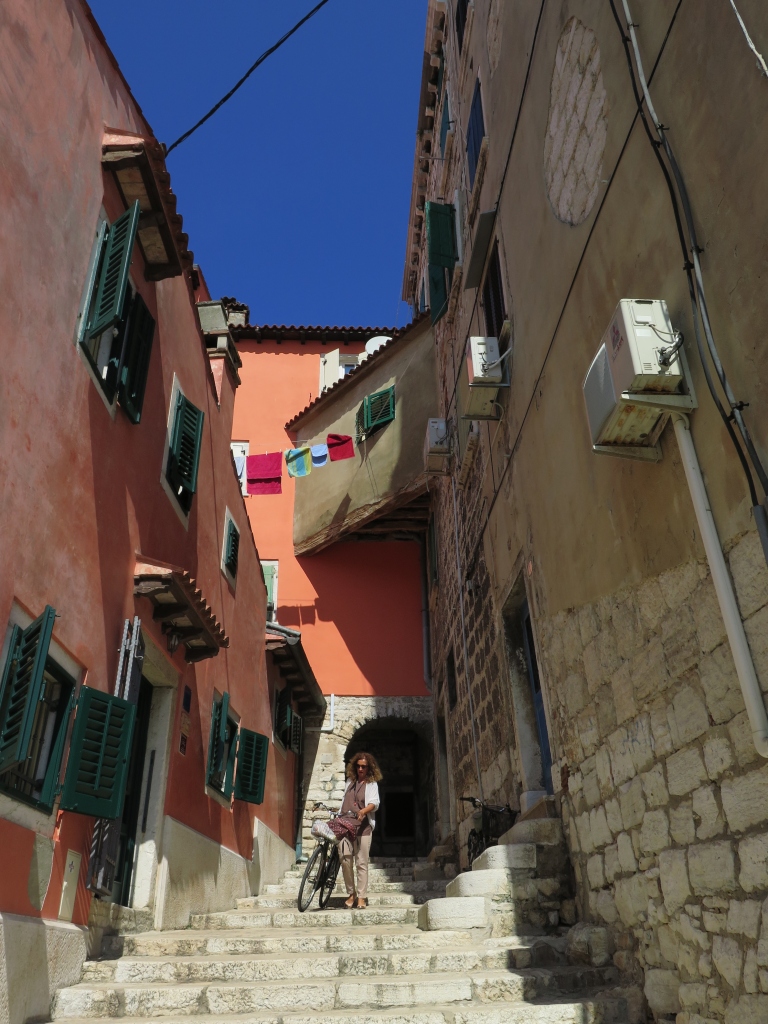 From Plitvice, we drove to the Istrian Peninsula where we spent a few nights in Rovinj. Rovinj is another medieval town on the coast of Croatia, but it feels a lot like a coastal town in Italy. We got to town in the middle of a rainstorm; I got lost trying to find our Airbnb and had to take cover for a few minutes when a huge downpour started and the stone streets all flooded. (Luckily, the flood dissipated quickly as there is nowhere for the water to stay and it just rolls off the stone.) 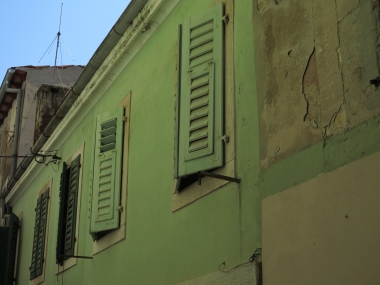 Rovinj is pretty touristy but for good reason: It’s an incredibly cute and scenic little town. We spent a few days just wandering around the old town and getting produce from the green market. We rented bikes and were finally able to go on a ride without rain! We also had a fun wildlife spotting: Off of the pier near the old town we saw a bajillion comb-jellyfish in the water! It was pretty mesmerizing to watch them float along, and I wanted to poke them but Martin wouldn’t let me. 🙂

Rovinj was a nice way to end our time in Croatia, but I think we were ready to leave the country and go somewhere new. We got up early on our last morning and headed to the harbor where we got on a ferry that would take us to Venice and back to my family.

Thanks for sticking with us through the Balkans!

Still to come: Our eating adventures in Italy and the end of the first segment of our grand adventure.

One thought on “Balkan Peninsula (part 3)”